Awliya' Allah Project is part of the extensive archaeological survey of Iqlim El Kharrub province (Chouf District, Lebanon) carried out by the Polish Archaeological Mission in Lebanon since 1999. Until 2014 the work was focused on establishing the archaeological and topographical background of the ancient village of Chhim as well as the coastal town of Jiyeh (ancient Porphyreon). Both sites date from the Roman and Byzantine periods, and their occupation ends somewhere in the 8th-9th century. Medieval and Ottoman periods have never been the subject of a separate study, although a substantial number of such sites and monuments were discovered during the survey. Intending to fill this gap, Awliya' Allah Project was launched.

Changes and disorder which are now taking place in the Middle East are also felt in Lebanon. Accordingly, the team had to take security measures during fieldwork. All places were visited only after having informed local authorities about the objectives of the project and obtaining the permission for work. Local communities were always very keen on the idea of the project and helped a lot in finding and gathering data on separate objects.

The main objective of the project is to create an architectural catalogue of the sites and monuments connected to the tradition of ziyara in the Iqlim el Kharrub province, of which Chhim is the local centre. The research focuses on the long term effect of vital building activity in modern Lebanon. Such activity has increased dramatically during the last few years. Archaeological sites are usually protected; however many of them are not on the official list of heritage objects. Vernacular architecture is vanishing, demolished in order to make space for modern buildings. The necessity of intensive architectural surveys has therefore never been greater.

The situation of small, commemorative shrines has two main issues. While the problem of demolition is evident, restoration represents an even greater danger. Simply speaking, medieval walls are being covered with concrete or, as in the case of Sheikh Mohammad al Dimasi's maqam, are being overbuilt with entirely modern constructions (Fig.1). 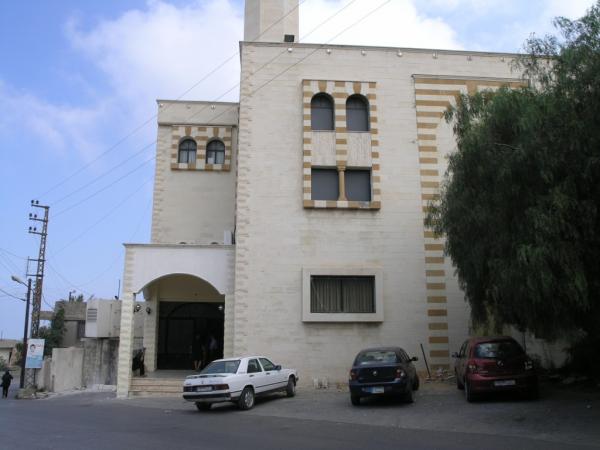 Along with vanishing monuments, some changes are being observed in the ritual of ziyara. People are still visiting the sites, however the ritual, so vividly described by Meri and Suwaed (Meri 2002: 120; Suwaed 2013: 17-24) is usually shortened and consists of reciting Fatiha (personal communication).

Standard documentation adopted for the project contains: plans and sections of the buildings (Fig. 2), separate drawings of architectural details, construction analysis, photo documentation and mapping of the sites. Some sites, like the maqam in Bsebe or Nebi Yunis' mosque, have been documented in 3D (Fig. 3, 4) using different modeling strategies (due to accessibility of the site). 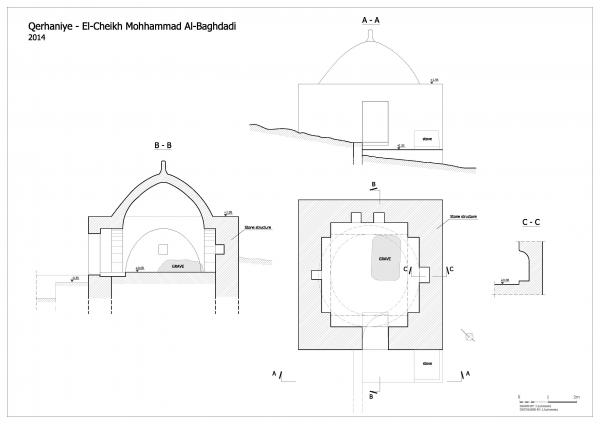 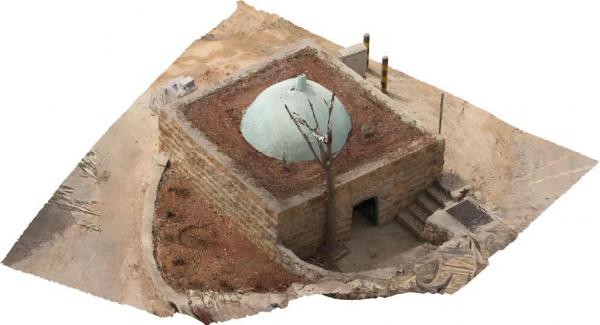 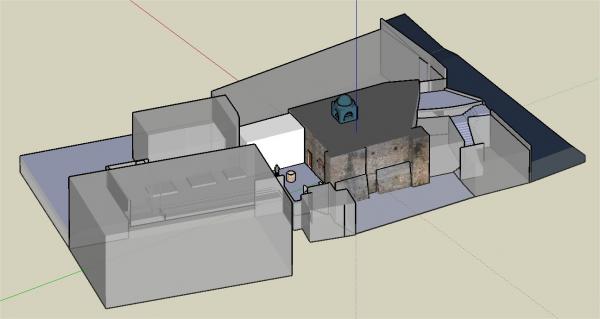 During two seasons, 29 sites and monuments have been recorded. Preliminary typology is based mainly on that published by Grabar and supplemented by the work of Meri (Grabar 1966: 7-46; Meri 2002: 264-272). However, it is clear that, regarding the shrines in Iqlim el Kharrub, most of them bare distinctions applicable to more than one type. Therefore, such basic typology has to be considered as preliminary and wait for further study of separate monuments.

Qabr is among the most modest monuments. This type of monument is located usually in local cemeteries, however, one - Sheikh Said in Hasrut - was recorded outside, in a private garden (Fig. 6). 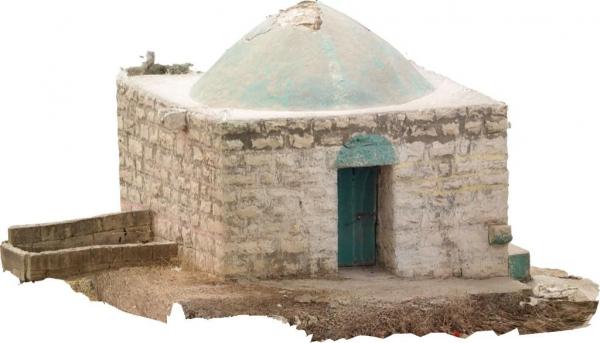 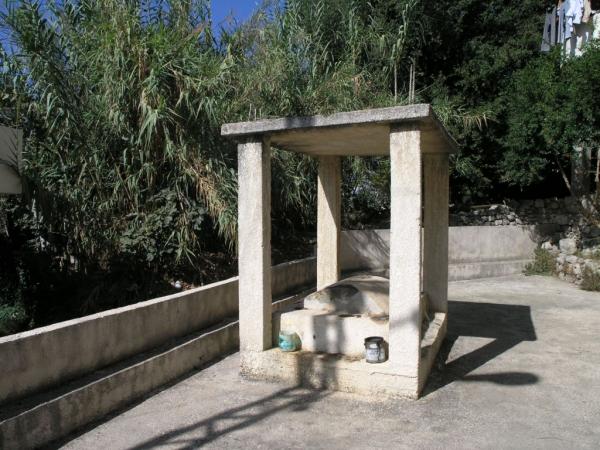 Nebi Yunis mosque is an ideal example of a monument connected with the ziyara tradition. Until recently it was the main mosque in the town of Jiyeh. The place was described and drawn by western travelers at least since the 18th century. According to local tradition, the beach of Jiyeh was the place where the prophet was vomited by a fish. The period we should attribute this monument to is still vague, however the 13th century seems to be the most probable. The tradition of Prophet Yunis is still vivid in Jiyeh. Today the mosque belongs to local Shi'a inhabitants and is visited mostly by Shi'a pilgrims and tourists. In the past however, it was a place of veneration for the people from the region - Shi'as, Sunnis, Druzes and Christians.

The highest density of shrines in Iqlim el Kharrub occurs in the central part of the province, around the towns of Chhim, Mazboud and Mghariyeh. Surprisingly, the coastal area and the hills in its vicinity seem to have been avoided by esteemed sheikhs or murabitun. Some of the monuments are located clearly along roads : Nebi Yunis is on the ancient track along the coast, Sbaile in Siblin on the route along Wadi ez Zeyni, connecting mountains and the coast, or Sidi Sebe in Bsebe stands on the mountainous route along Wadi Bisri. Most of the sites documented by the survey are located within or very close to modern settlements. The only maqam which is far from any settlement is Cheikh Mohammad al Baghdadi's built in the highest part of the mountains near Qerhaniye. This is the consequence of an iintensive construction activity. Originally, most if not all shrines were located at some distance from the villages and towns.

Chronology remains one of the main problems to solve in the study on local Islamic shrines. Establishing a firm timeline for the maqamat in Iqlim el Kharrub is practically impossible without further archaeological research. There are only some hints pointing to the 12th-13th century as the time of appearance of most local shrines. Local tradition associates many shrines with murabitun - independently operating individuals or whole groups whose task was to establish or strengthen Islam within local populations. Such activity is said to be especially performed during the Ayyubid Period. It goes with the phenomenon of veneration of rulers, preachers, Sufis and scholars so common in the 12th and 13th centuries in Palestine and Syria.