The site of Suakin lies on the Red Sea coast of Sudan about 60 km south of present-day Port Sudan. It is important through having been the main Red Sea trade port for inland Africa throughout the later Mediaeval and early modern periods, with links from Scotland to China. It was a major port for the Hajj, and formed one of the nodes in the Indian Ocean and Red Sea trade network at least as early as 10th-12th century AD. Architecturally, the site is significant, since it comprises the remains of a complete town built in the local coral, forming one of the few remaining examples of the 'Red Sea' style of architecture.

The Suakin Project, has been underway as a project of the Sudanese National Corporation for Antiquities and Museums since 2002, under the overall direction of the Director-General of Antiquities, with field-directors from Britain. The project involves the study of history, archaeology and architecture, together with a programme of building restoration and community outreach.

Summary of the history of the site

Currently, earliest possible identification for a port at Suakin proposed is with Evangelon Portus, of Ptolemy, from a 2nd century AD account. Probably the earliest true historical reference is from the Arab historians and geographers of the medieval period. However, Suakin became the main trading port on the Sudanese coast following the decline of an earlier port, (Aydhab) to the north during the 15th century. In the early 16th century, the Ottoman forces advanced down the coast, following the conquest of Egypt 1517, and Suakin became an Ottoman port. Suakin continued as a port for through to later 19th century, having a final period of great flourishing and prosperity (with concomitant building and re-building) following the opening of the Suez Canal in 1869, but this was relatively short-lived; with decision to open new port Port Sudan, further north along the coast, in c. 1903, Suakin declined, until by 1920s, it was largely uninhabited (Mallinson 2012, 159-170). 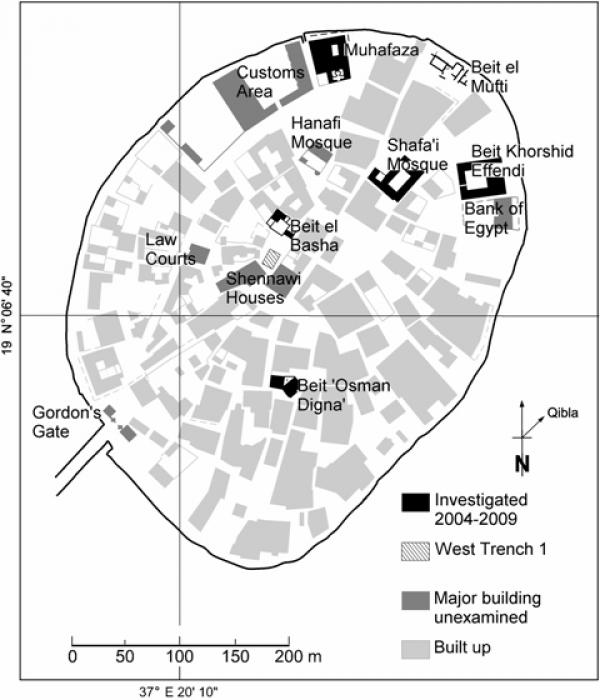 Beit el-Basha: This is located near the centre of the island. The house has two courtyards, and rooms including diwan and dihlis. Trenches and soundings, in courtyards and in some of rooms, provided the first evidence found for the existence of stone-built structures pre-dating those until recently standing, and showed the existence of a depth of stratigraphy in the centre of the Island. Subsequent area excavations to the south-west of the Beit el-Basha, in 2006 and 2007, provided evidence 3.1m depth of stratigraphy. This included a 19th-century cistern and much 18th-19th century pitting, but also post-holes from timber, probably round structures. Stratigraphy indicated that this building tradition was not simply replaced by that of stone building, but that the two types of structures overlapped for a period in the 16th century, at least.

Evidence was obtained for the space having been an open cooking area over several hundred years, likely to have been related to the adjacent souk. Occupation here extended to the early 11th or late 10th century AD, as indicated by 14C. This forms one of most significant discoveries of the archaeological work, since this is likely to be currently the longest largely continuous sequence so far discovered along the Sudanese Red Sea coast (Breen, et al. 2011, 205-220).

Shara’i Mosque: Excavations in 2004 at eastern end showed the first indications of earlier structures beneath the present structure. Excavations 2007 in centre of open court found a rectangular pier or base and the top of round base or pillar extending down c. 60cm; this was sitting on or in rectangular feature, seemingly outlined in plaster, with a plaster floor appearing. The nature of this structure remains unclear (Smith et al. 2012, 175). In 2010, excavations were made at three locations within the Mosque: the interior (EE-Trench 1) and exterior (EE-Trench 2) on either side of the east wall, and the central portion of the south arcade. These excavations produced further sequences of well-defined occupation layers, (36 layers in EE-Trench 1), extending to the water-table or to bedrock (Figure 2). 14C samples taken from several charcoal-rich contexts in both locations gave a late 13th century beginning to activity on this part of the site, including construction work on the mosque, which may, therefore be one of the earliest in Sudan, predating the Mosque at Old Dongla (early 14th century). Restoration work was carried out on the main walls of the Mosque in 2010.

Muhafaza (Governor’s Residence): Excavation was undertaken within the courtyard of the Muhafaza (Figure 3) with the aim of determining whether any earlier occupational levels may have existed before the extension of the building in 1870s. A trench 2m x 1m was dug in the centre of the courtyard, reaching a depth of 2m before encountering the present water-table. Phase 1: the present day Muhafaza, comprising floor slabs, mortar foundation and infill over a sandy base. Phase 2: a layer of compact coralline material, which formed a floor level and infilled two ditches cut from a previous phase. Phase 3: successive layers of activity from which a great deal of pot and bone fragments were obtained. This phase contained a structure (062) with a wall running east-west and midway another running north-south. Phase 4: along the north-east and south section there was an area comprising several thin layers which were cut through by successive pits. Currently, structure (062) is thought to be 17th to 18th century in date, while the area thin layers and pits represents medieval occupation. This was the first time such early layers have been found relatively close to the present edge of the Island Town (Smith et al. 2012, 177-178). 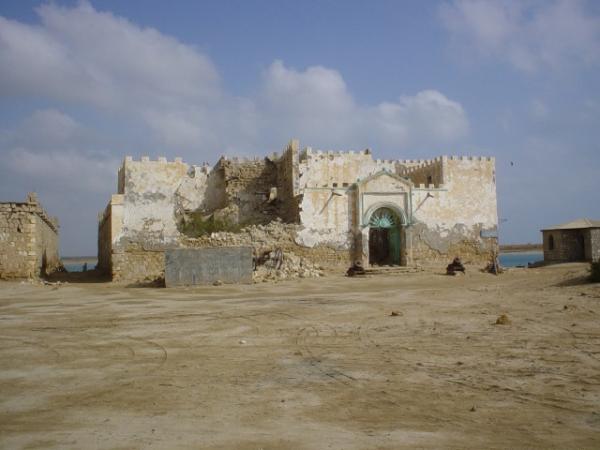 Figure 3. The frontage of the Muhafaza, the Governors Residence
(Photo. M. Mallinson).

Beit ‘Osman Digna’: This is situated in the south-west quadrant of Island Town where we had not worked prior to the 2008-9 season. It appeared to be sited on a boundary between the original coral atoll, and the later artificial build-up around the perimeter. The site comprised a house, associated with the local Mahdist leader Osman Digna, a small triangular courtyard, and small mosque. In the post-medieval period two structures were built, subsequently levelled for the construction of the mosque by the 19th century. A trench across the street in front of the house, excavated to c. 2.2m depth, exhibited five phases of activity. (Smith et al. 2012, 178-179).

Beit Khorshid Effendi: This was both the first and the most recent building investigated, being a prime candidate for restoration, since its diwan walls survive to roof level on one side, and it is architecturally significant, with elaborately decorated plasterwork in the diwan. Restoration of this section of the building is on-going. Work in 2002-2010 concentrated on the diwan, the main block of the house and the rear courtyard, revealing a more detailed plan than that published in the best-known account of the architecture of the town by Greenlaw (1995), and a developmental history of the structure can be proposed (Phillips 2012, 189-198). For example, several small rooms, and a hamam were discovered. This site is remarkable for the remains of wooden structures surviving, especially timber from the main roshan, which collapsed outwards with the fall of the upper portions of the front wall. Rawashin were formerly a significant feature of Suakini architecture, sometimes being quite elaborate (Mallinson et al. 2009, 477-479).

In 2012 and 2013 excavation of the Beit Khorshid Effendi forecourt was undertaken. An area covering 9.7m x 11.55m, revealed two structures preceding the BKE. The earlier survived only as a short stretch of coral-built wall. The long, relatively narrow, rooms of the second structure indicate it may have been a magazine for storing off-loaded goods (Figure 4). Probably when building or extending the BKE, the structure was demolished to its lowest course, the rooms infilled and the blocks used to raise the area near the shoreline to a similar level. Later activity comprised the digging of small pits and a slightly irregular ditch, and possibly burning fires. Samples for soil-micromorphology study of strata and coral plaster surfaces were obtained from re-excavation of a 2012 test-pit in BKE, and excavation south-west of the Shafa'i Mosque. 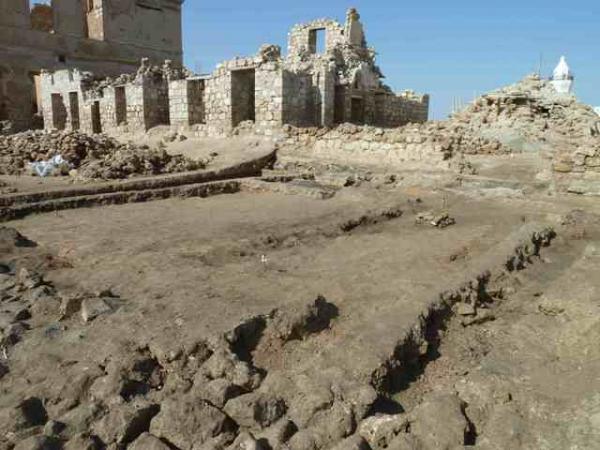 Figure 4. Beit Khorshid Effendi excavations in forecourt 2013, showing remains of walls of probable store-rooms, and part of the area of laid blocks by the shoreline
(Photo. L. Smith)

Progress was made in recording small finds in various materials from the current and previous seasons. In addition to the usual imported and indigenous ceramics, study focused on the blown glass, 19th century glass medical bottles and military accoutrements, together with further wood conservation and recording. The construction of a typology for the hand-made ceramics was completed, forming the most extensive and continuous pottery sequence, to date, for the Sudanese stretch of the Red Sea coast.

The trading links of the port

Ceramics have provided evidence for the most wide-ranging contacts of Suakin. European historical accounts, combined with the archaeological ceramic evidence indicates that trade, over the period from 14th to early 20th century, concentrated on three major regions:

1. Closely neighbouring countries then within the Ottoman Empire itself: Egypt and the southern Arabian peninsular. Historical sources indicate that the trade from Suakin to Egypt went through Cairo and Alexandria, whilst the main port for the trade with the Arabian Peninsula was Jeddah.

2. South Asia. The places mentioned in historical accounts are generally identified with locations in the Indian subcontinent. A Black Burnished Ware at Suakin is similar in appearance to a ware at Ras el-Khaimah, having parallels at sites in present-day India (Kennet 2004, 66).

3. East and South-east Asia. The countries or areas specifically indicated by the current provenances assigned to porcelain from Suakin include China, together with south-east Asia. Historical sources mention places including China, Malacca and Pegu.

4. North-west Europe: During the period from 1880s to the abandonment of Suakin, much European china and stoneware was imported. These have so far been identified as coming from potteries in England, Scotland (Glasgow) and France. South-east Asia and north-west Europe constitute the most extended Suakini trade links indicated by the material remains and historical sources published in English so far examined (Smith et al. 2012, 179-185).