The architecture and decorative arts of the Mughal period have dominated much research and publishing on Islamic material culture in South Asia yet the Mughal's arrival in India in the early 16th century CE was preceded by some eight centuries of Muslim presence in the sub-continent. Gujarat, in western India, has one of the oldest, most vibrant and influential traditions of Islamic architecture and architectural decoration in the Indian subcontinent yet like much regional Islamic architecture in India it has never been the object of a comprehensive and accessible study. The present project was started in September 2003 and aims to provide the first such study of the region's Islamic architecture, made accessible via specialised articles and culminating in a book. The project is based in the Department of Art and Design History, Management and Culture at De Montfort University in Leicester and receives generous support for fieldwork costs from the Fondation Max van Berchem.

Muslim trading communities, and with them an Islamic architecture, are mentioned in this part of western India at least as far back as the 9th century CE - making it the second oldest tradition of Islamic architecture in the subcontinent after Sind. Subsequently Gujarat became home to one of the subcontinent's strongest and richest traditions of Islamic architecture, fed by local traditions as much as by influences from northern India and the broader Islamic world. Gujarati Islamic architecture also had a significant influence on the architecture of neighbouring regions such as Sind, Rajasthan, Khandesh and Malwa, as well as on areas with which it shared a "seaborne" frontier such as eastern Africa. In the 16th and 17th centuries CE, Gujarati art and architecture provided a fundamental inspiration to the Mughals, leading Shah Jahan's court poet Abu Talib Kashani to write that: "There is an art-inspiring breeze, Call it not Gujarat but India's Greece (Yunnan-i Hindustan)!", this line provides the current working title for the project. 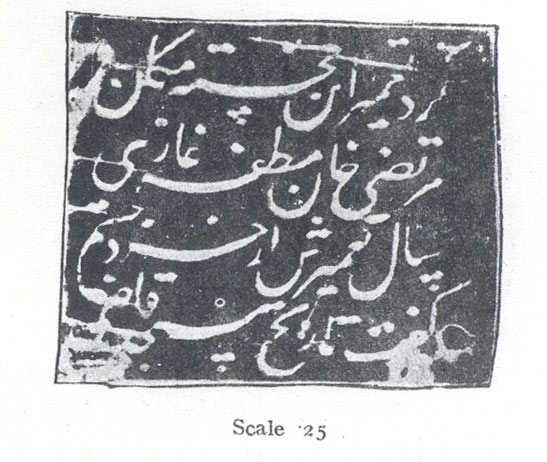 Fig. 1 Rubbing of a now lost incised inscription from one of the beams of the Qazi mosque at Bharuch in Gujarat, recording its construction by Murtaza Khan Muzaffar Ghazi in 1018/1609-10
(From Epigraphia Indica Arabic and Persian Supplement, 1933-34, insc.3422). 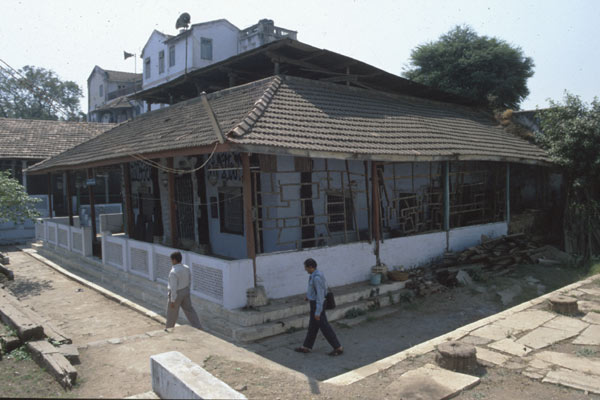 Plate 1 General view of the north and eastern sides of the present Qazi mosque at Bharuch, Gujarat, showing traces of a more extensive prayer hall on both sides.
(Photograph by Elizabeth Lambourn).

Four main approaches or perspectives are planned to dominate the research:

The maritime character of Gujarat and its influence on architectural development and diffusion. The Islamic architecture and stone carving of Gujarat has mainly been approached from a rigidly land based perspective when in fact, Gujarat's geography - at the interface between northern India and the Indian Ocean - opened it up to influences and movements of population from both areas. Conversely, these factors also facilitated the seaborne spread of populations from Gujarat and of Gujarati goods and materials into the Indian Ocean. This approach brings the study of Gujarati Islamic architecture much closer to the study of the region's decorative arts where the importance of land based and seaborne interchange has already been well established.

The interaction between Islamic and indigenous architectural traditions. Whilst wishing to accentuate the importance of exterior influences it is also true that few other Indian regions developed an Islamic architecture as heavily influenced by indigenous forms as Gujarat. Whilst the project focuses on the architecture commissioned by Muslim patrons, this is situated firmly within contemporary local architectural traditions and seen in part as a continuation of these. The project will examine key issues such as the social or cultural mechanisms that explain this influence. How was the translation from indigenous temple to Muslim architecture effected? How does this influence relate to Muslim constructions of the unbeliever "other" (and conversely the Hindu/Jain conception of the Muslim "other") and to the social reality of life in a multi-faith society? Finally, how did the experience of working for Muslim patrons feed back, if at all, into later Jain and Hindu architecture in Gujarat? 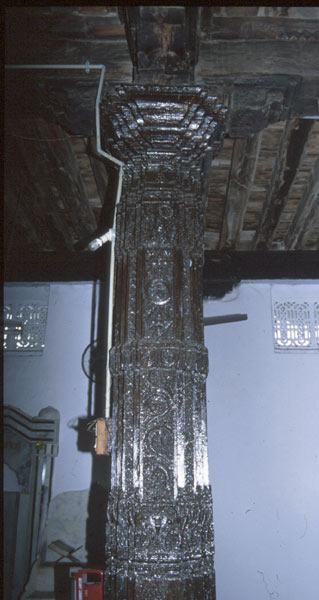 Plate 2 View of one of the wooden columns still in situ in the Qazi mosque
(Photograph by Elizabeth Lambourn).

Mechanisms of exchange and transmission. Any discussion of cultural or artistic interchange requires exploration of the specific channels and contexts within which this takes place. The project will attempt to define and explore these mechanisms in the Gujarati Islamic context, looking at the role of direct exchange and transmission (in ateliers and via the movement of craftsmen), and indirect transmission (via texts, oral accounts, the movement of objects and direct copying). One recurring and determining factor in the history of Islamic architecture in Gujarat appears to be the readiness of local craftsmen to copy foreign styles or adapt local styles to suit non-local tastes.

During the first period of fieldwork in January - February 2003 work focused on prospection surveys in poorly researched regions of Gujarat such as parts of Kheda district, Bharuch and Surat Districts, as well as coastal areas of Saurashtra. A number of previously unrecorded mosques of the medieval period were identified as well as an important example of a 17th century brick and timber mosque, the Qazi mosque at Bharuch, constructed with brick walls, stone pillar bases and wooden (possibly teak) columns, roof and doors. The structures were documented via photographs and rubbings of inscriptions and full architectural surveys are planned for the next season if the committees running the mosques or the individuals who own the monuments cooperate. (Many of the undocumented medieval Islamic structures in Gujarat are not under the protection of state or national archaeological services but privately owned or administered by local committees). 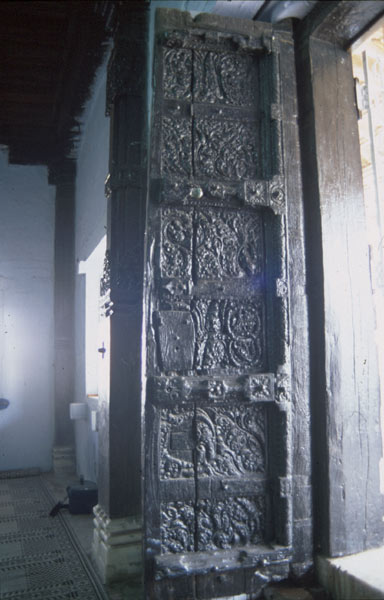 Plate 3 View of one half of the main doors to the Qazi mosque.
(Photograph by Elizabeth Lambourn).

The task of documenting the Islamic architecture of Gujarat and bringing it to the attention of a wider public has taken on a new importance in the last two years following the widespread and systematic destruction of Muslim structures across the state during the riots of late February - March 2002. The most reliable list compiled so far, published on the website http://www.sabrang.com/cc/current/rdestruction.html, suggests that as many as 230 mosques and dargahs were destroyed across the state. Whilst the majority of these structures do not appear to have been of great architectural or historical importance, the lack of thorough documentation of Islamic material culture in Gujarat means that we cannot be absolutely sure of this. Many a recent mosque may house a medieval inscription or merely front a much older mosque core. Systematic documentation is therefore an essential safeguard against future attacks. However, documentation is also necessary because of attitudes within the Muslim population itself. Many will be familiar with the attitude that "old" is ugly whereas "new", synonymous with concrete and pastel emulsion paint, is not only beautiful but more "modern" and good. Many old Islamic structures in Gujarat have simply been torn down and replaced by modern concrete buildings before they could be recorded. However, during fieldwork another attitude became apparent. With the BJP's focus on contested mosque sites many Gujarati Muslims are becoming extremely nervous of any architectural element that could be construed as temple spolia, even non figural elements such as lotuses are identified as "Hindu" motifs and as possible indicators that the mosque site was formerly a temple site. I have been specifically asked not to photograph, or at the very least not to publish, elements or parts of certain structures that are, or could be interpreted as, temple spolia. But this attitude is also taking a more active form in that "charged" architectural elements are being plastered over or even torn down and replaced by new and thus neutral materials. Whilst this process has not affected the centrally protected Islamic monuments of Ahmedabad, it is slowly changing the broader face of Islamic architecture in the region. This context also explains why permission to record and publish Muslim buildings in private hands is not always easy to obtain. Given the horror and very systematic nature of the rapes and murders that affected Muslims in Gujarat in early 2002, I can only sympathise with their very real fear and this search for a neutral architecture, one that cannot attract comment and contestation. However, as an architectural historian, I see one of the fundamental elements that made the Islamic architecture of Gujarat so unique and so vibrant - its dialogue with, and often enthusiastic adoption of, the indigenous traditions of temple construction and decoration - disappearing forever. Whilst it is impossible to reverse this process, we can at least try to document this heritage before it goes.