The integration of administrative, juridical, military, educational, and other institutions rooted in western concepts in the XVIIIth century has also brought along western architectural plan organizations in Ottoman society and urban life. These dwellings which were different from traditional architecture norms have found place first of all in Istanbul; later they diffused all over the country. In the first stage, military edifices, then governmental buildings were constructed. In parallel with changes in the administrative structure of the government, modern educational buildings and other official buildings followed them in almost every Anatolian city and settlement. 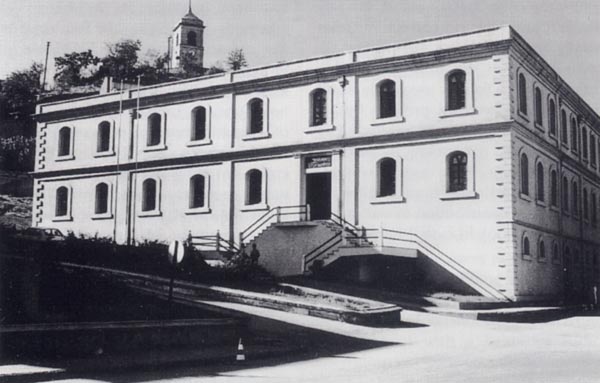 Kastamonu, a city which was conquered by Ottomans in 1461 and existed as a medium size city since then, was inevitably influenced by these changes. From the beginning of the XIXth century, construction activities gradually increased with the economic growth. This period was influenced and determined by the efforts of integration of the western institutions into Ottoman city's structure.
The first building in Kastamonu was the casern built for the Ottoman military forces. Afterwards dwellings as the penitentiary, schools, prison, bank offices, hospital, town hall, etc., took place in Kastamonu. The difference between the architectural styles of these buildings and traditional Ottoman architectural concepts contributed to the modern aspect of Kastamonu's panorama. Most of those edifices are disappearing witnesses of the social, cultural, economical and technological constitution of their period of construction.